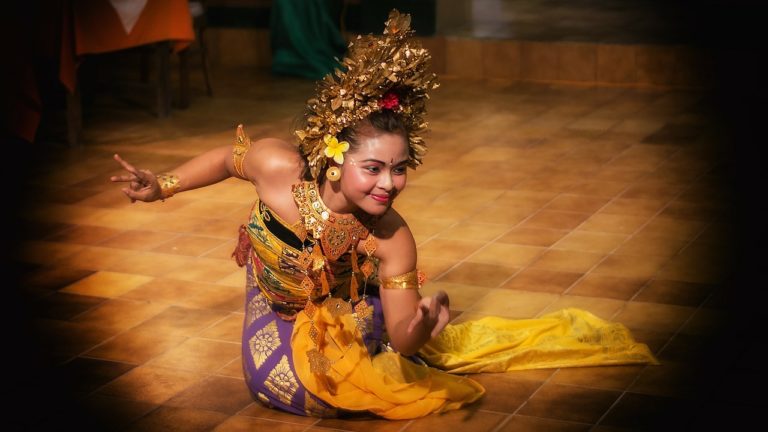 Bali, the Island of the Goods

Bali is known as the “Island of the goods” not only because of its magic and landscapes but also due to the number of ancient temples that you can find. Although the official language is Bahasa Indonesia, on this island, the Balinese language is predominantly spoken. According to the locals, the island’s population is still made up of castes – upper-caste, lower-caste and two others in between  – each of whom speak varieties of Balinese. English is the third most common language as a consequence of the number of tourists who visit the island every year. Only some Hindu Priests still speak Kawi and Sanskrit (a classical language of India. Read on to learn more) 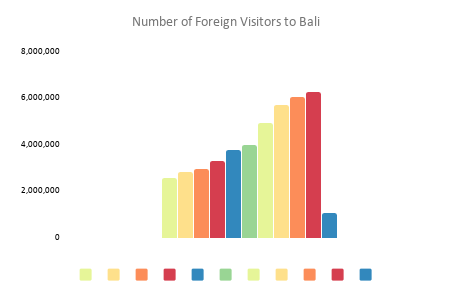 It is commonly believed that in Bali people speak Indonesio. For this reason, many tourists do not differentiate between it and Balinese. “Terima kasih” was the first Balinese phrase (for “thank you”) I ever heard from a traveller recommendation, however that is an Indonesio phrase. In Balinese, one would say “Suksma.” It is interesting to have these differences in mind if you want to learn and wish to connect with locals.

The Town of Ubud

If I asked you to say at loud the first words that come into your mind when hearing “Bali” what would you say? Most would probably link of rice paddies, sparkling pools, amazing landscapes, palaces and ancient buildings, a luxurious island, a paradise. Am I wrong? This is what a lot of people travelling there show on their social networks and all of it is absolutely true. However, I would like to show you some other aspects of the Island that are not that well known.

Let’s focus on Ubud, one small town that became popular because of the herbs and medicinal plants that surround it. Ubud is named after the Balines word, “UBAD” which means “medicine.” The town is known as the main artistic and cultural center of Bali and of Indonesia.

Let’s spice this place up and talk about their food, transportation and culture. I arrived at night and went directly to a bungalow a friend had recommended. When I woke up I ran into a beautiful breakfast and a typical offering – a basket made from banana leaves with some rice, petals, flowers, a cookie and incense. The mix between the healthy and fresh breakfast, the offering and the smell together with the sylvatic view was immersive and the perfect welcome.

After I set up, I rented a motorbike because I wanted to roam around in the streets just like a local.Driving a motorbike in Ubud is worth a separate chapter because it truly represents their way of living. It seems quite chaotic at first, trying to understand how the motorbike works and driving on the left (for me, it is the other way round). Often, a third road opens up, and, if there is enough space, you can see three  lanes that will disappear as soon as the last motorbike passes. In the meanwhile, you are checking all these bikes coming and going with students, workers, travelers, ladies in dresses carrying chickens, all dancing by the endless sound of the horns – magical, yet chaotic to a newcomer.

It seems chaotic, yes, but I can assure you that is also quite entertaining. Ubud people are really friendly and while you’re worried and paying attention to the streets,  they are warmly welcoming you and laughing at the way you are driving.

I used the motorbike every day to go to a Yoga studio where I spent most of my days doing different types of yoga and connecting with myself –something I really needed at the time. 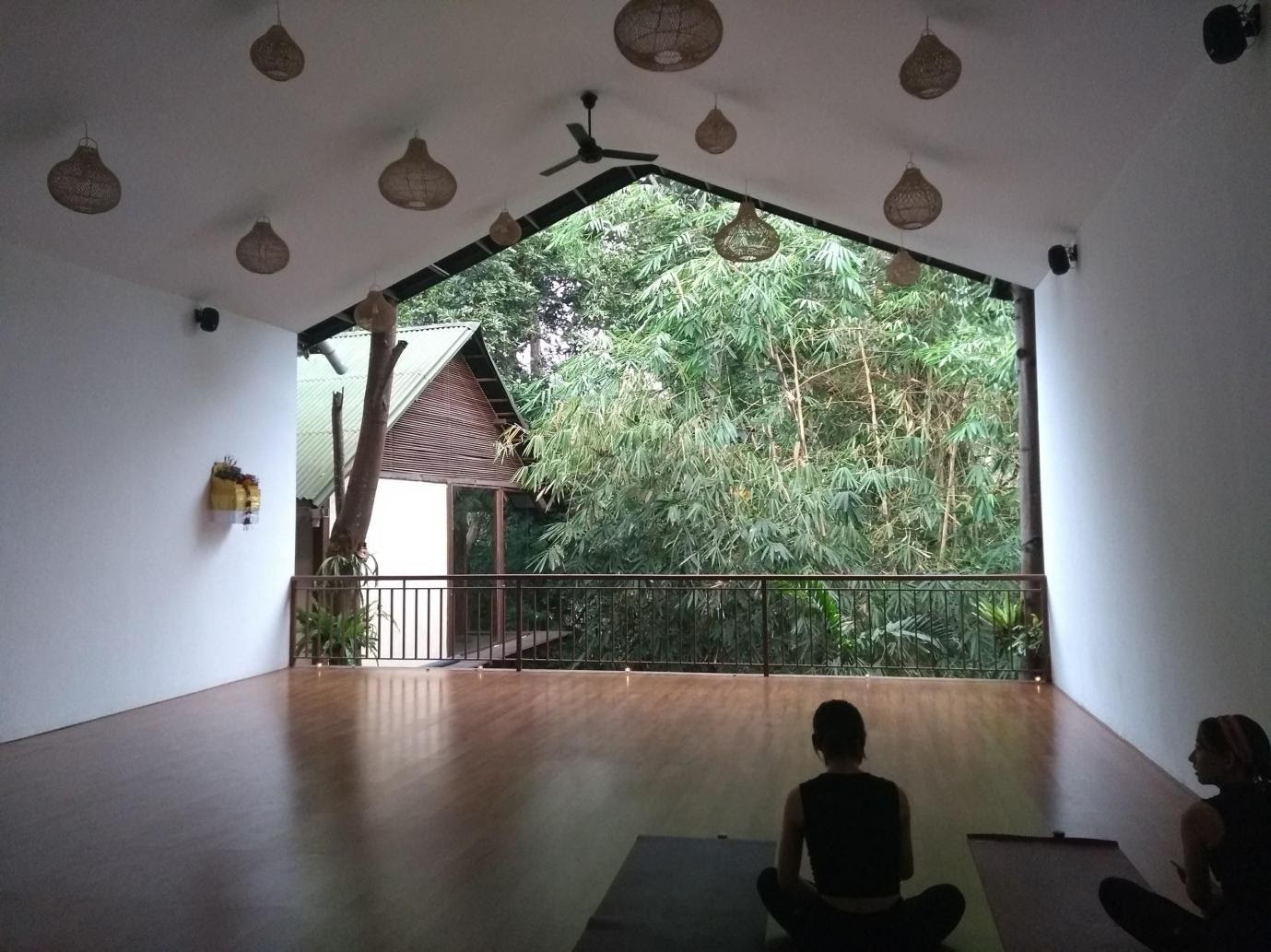 All the yoga places are just a dream with open “shalas” where you can see and feel the nature just next to you. The weather allows this to happen all year round.

One day in a Yoga class, I met this Indonesian girl who lives in New Zealand and was in Ubud for holidays (called Sita). After a few days she sent me a message inviting me to a big ceremony close to Ubud where there was a cremation process. This was a spectacular experience that I will show you in a short video soon.

The Balinese believe in reincarnation. That is why cremation is so important to them. As the expenses to make it are really high, only people from the upper castes can have one right after a loved one dies. On the other side, lower castes celebrate collective funerals every three to five years. The one I attended belonged to this second group. The family members had saved money for years.

As son as the sun rose, the family of the already deceased went to the cemetery to pick up the remains, wrapped them in white fabric in order to take them to the cremation place.

The Balinesey believe that only once the person is consumed by fire they will be able to find peace. If this doesn’t happen, they can become a wandering spirit. The bodies are organized by the date of death, by name, and by a photo inside the pavilion with all the craft offerings, money, and food. At midday, the celebration starts and I won’t describe it but you will see it here.

Place Yourself in the “Middle”, in Bali

In order to end this short story I will share with you what I liked the most about the Balineser way of seeing life. In the west, we most likely use the opposites. We focus on positive or negative, woman or man, left or right. However, Balinese Hinduism places themselves in the middle, in the center. Because it is in the center from where the opposites can be balanced understanding that they are both necessary and part of the whole. I find this intriguing, don’t you? Perhaps one day, when the time is right, you too can experience this magical place for yourself. I sincerely hope you do.

Until next time, suksma for reading!

As a general rule, wages earned by nonresident aliens for services performed outside of the United States for any employer are foreign source income and therefore are not subject to reporting and withholding of U.S. federal income tax. However, it is important that the IC not be deemed an employee under applicable US and foreign labor laws (ex. ideally, ICs should set their own wages and be free from the hiring company’s control in how they perform their work. Additionally, their duties should be “outside” the usual course of business.”