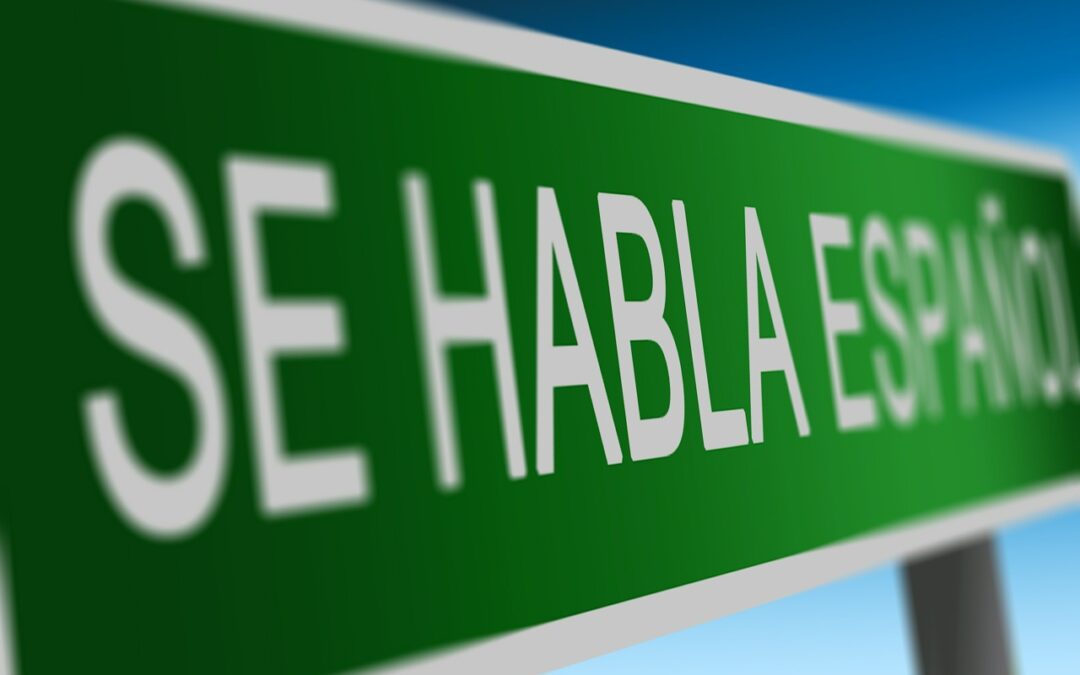 The key to quality Spanish translation is understanding what the text is about, knowing who your real audience is, and accomplishing your client’s objective. The first step is working with Native Spanish-speaking LSPs.

Origins of the Spanish Language

The Spanish language descended from Vulgar Latin, having originally developed on the Iberian Peninsula with the arrival of the Romans over 2,000 years ago. Over the past 1,000 years, it continued to expand into the Americas, gradually maturing into several regional variants used today.

The world is now home to over 534 million Spanish speakers  (including L2 Spanish speakers).1 In fact, at least 3 million people speak Spanish in 44 countries. It is one of the six official languages of the United Nations and one of the official languages of the European Union. As the third most widely used language on the internet, Spanish wields a lot of influence on the marketing stage. According to the Pew Research Center2, the median age among US-Latino consumers is 28, and yes, they hold purchasing power. To put this into perspective, the “$1.5 trillion Hispanic market is the largest ethnic market in the U.S.”3

Although some Latin American economies have struggled in recent years, the region’s combined economies are increasing, or at least, developing.4 Latin America boasts both a growing middle class and significant population growth. Spain also shows several promising sectors, from tourism, transportation, and accommodations, to software, telecommunications, and engineering services.5 And while this spells marketing opportunities, a comprehensive marketing strategy aimed at targeting Spanish-speaking markets requires thorough planning. Being aware of both the linguistic and cultural diversity among Spanish speakers around the world is paramount to your success.

With such an impressive global presence, Spanish speakers present clear opportunities for the global market. However, as the fourth most widely spoken language in the world (by number of countries), the Spanish language has several variants that international companies must be aware of.

Linguists define a language as having a distinct linguistic system used to communicate (referred to as a “code”). However, speakers of various languages and language variations don’t necessarily see it as that simple. Our historical, cultural, political, and for many, spiritual identities are wrapped up within the languages we speak. And while some might feel comfortable referring to their language as a “variant” of another, others do not. These same heated debates exist within Spanish-speaking communities around the world.

With clear linguistic and cultural differences, it isn’t enough to simply categorize Spanish variants as “Latin American” or “European” Spanish. These broad-sweeping categories also disregard Spanish speakers in other parts of the globe. Consider, for instance,  Equatorial Guinea where 90 percent of the population speaks a distinct form of Spanish. Although it closely resembles the Spanish spoken in Spain, its grammar and vocabulary have definitely been influenced by regional African languages. And what about the roughly 700,000 people in the Philippines who speak “Chavacano”, a Spanish-based creole language?

There are also different Spanish variants found in Mexico, Peru, Colombia, and throughout the Caribbean. In fact, in Mexico, there are over 1.5 million people who speak Nahuatl, an indigenous language originally spoken by the Aztecs, the last indigenous group to have inhabited modern day Mexico. It comes as no surprise then, that Nahuatl has greatly influenced the Mexican Spanish (as well as the Guatemalan) language and culture. In Peru, Quechua was the language of the Incas and is now, one of the country’s official languages. Many Peruvian words have indigenous Quechuan roots, and many are intricately tied with their agricultural traditions. Caribbean Spanish (Español Caribeño) has its own unique, multi-cultural blend of indigenous as well as West African influences. In Argentina and Uruguay, there are speakers of “Español rioplatense”, a type of Spanish that has a definite Italian influence. The list certainly goes on. Es fascinante, ¿verdad?

When it comes to the Spanish Language, One Size Does Not Fit All

With so much variety, how do we know which Spanish variant to use in order to connect to our Spanish-speaking target audience?

For marketers, heads of localization departments, or for any company wishing to connect with Spanish-speaking consumers, here are just a few factors to place at the top of your list:

Depending not only on which part of the Spanish-speaking world you are targeting but also on the type of text needed and your text’s objective, the Spanish translation will likely differ quite a bit in order to resonate with your audience. If your marketing strategy fails to implement quality Spanish translation and ignores the cultural subtleties of the region, you place both your reputation and your brand’s image at risk.

Even among highly-technical industries (such as heavy machinery, the automotive industry, and information technology) where variants are less obvious, the language still needs to follow a neutral path in order to be universally understood. Consider the automotive industry for example. When translating the “trunk” of a car, we can say el maletero, la maletera, el baúl, and even, la cajuela. Which one you choose depends strictly on which region and audience you are addressing.

Companies that invest in quality Spanish translation by partnering with native Spanish-speaking LSPs are definitely moving in the right direction. These unique partnerships ensure the marketing message connects with the intended target audience while remaining sensitive to political, cultural, generational, and regional differences.

With globalization and the ease of online communication now on center stage, companies are highly aware of – and sensitive to – their clients’ diverse needs. At delsurtranslations, not only do our native Spanish-speaking translators have the insights, the experience, and the skill set to translate any industry documentation but we have years of experience building terminology databases, style guides, and glossaries according to the specific Spanish-language variant required.

Looking for quality Spanish translation services? Find your competitive edge within the global Spanish-speaking market and improve your international business connections by partnering with delsurtranslations.

GIM Writing Services works closely with our clients to develop relevant, engaging, call-to-action content for the language services industry. We either host content on our site or publish it directly on our clients’ social media platforms. Interested in your own sponsored content? Reach out today to GIM Writing Services to discuss your content marketing needs.