The Words That Bind America's Memorial Day, Part ONE

It’s that time of year again in the United States. Students are readying themselves for their final exams, families are making plans for summer vacation, and the birds, flowers, and trees have once again come back to life after a long winter’s rest. It’s also the time of year when Americans far and wide remember the fallen soldiers who gave the ultimate sacrifice.

On the last Monday of May each year, Americans honor the men and women who have died while serving in the United States military. It is a time for many Americans to reflect on their many liberties and to pay respect for those who have fought — and continue to fight — to protect our many rights and freedoms. Some families visit cemeteries and memorials, some attend parades, and many gather together for family celebrations.

Parades fill the streets with music and dancing while children line the sidewalks, filling their pockets with candy tossed by the performers. People are in the happiest of moods after a long, dreary winter. It’s finally time to kick back into life after many months of hibernation. And yet, how many of us take the time to truly reflect on where we’ve come from, where we are, and where we are headed? Have we learned invaluable lessons from the past or are we repeating the same mistakes today? Just how far have we come?

We’ve said it before but it bears repeating — humans far and wide are influenced by what we hear and see around us. We are inundated with news, film, music, literature, social media advertisements and more. Without even knowing it, we are continually affected by the words we hear, and we are continually affecting others with our very own choice of words. In order to gain perspective on our past and work toward a better tomorrow, we must examine our words and the words of others that either elevate or degrade our collective human experience. Words matter.

Since the earliest days of American history, there has been no shortage of violence, and with a military history that spans over two decades, America is certainly no stranger to war. As far back as the Revolutionary War, there have been more than one million Americans killed in all US wars — and they’re still dying today. 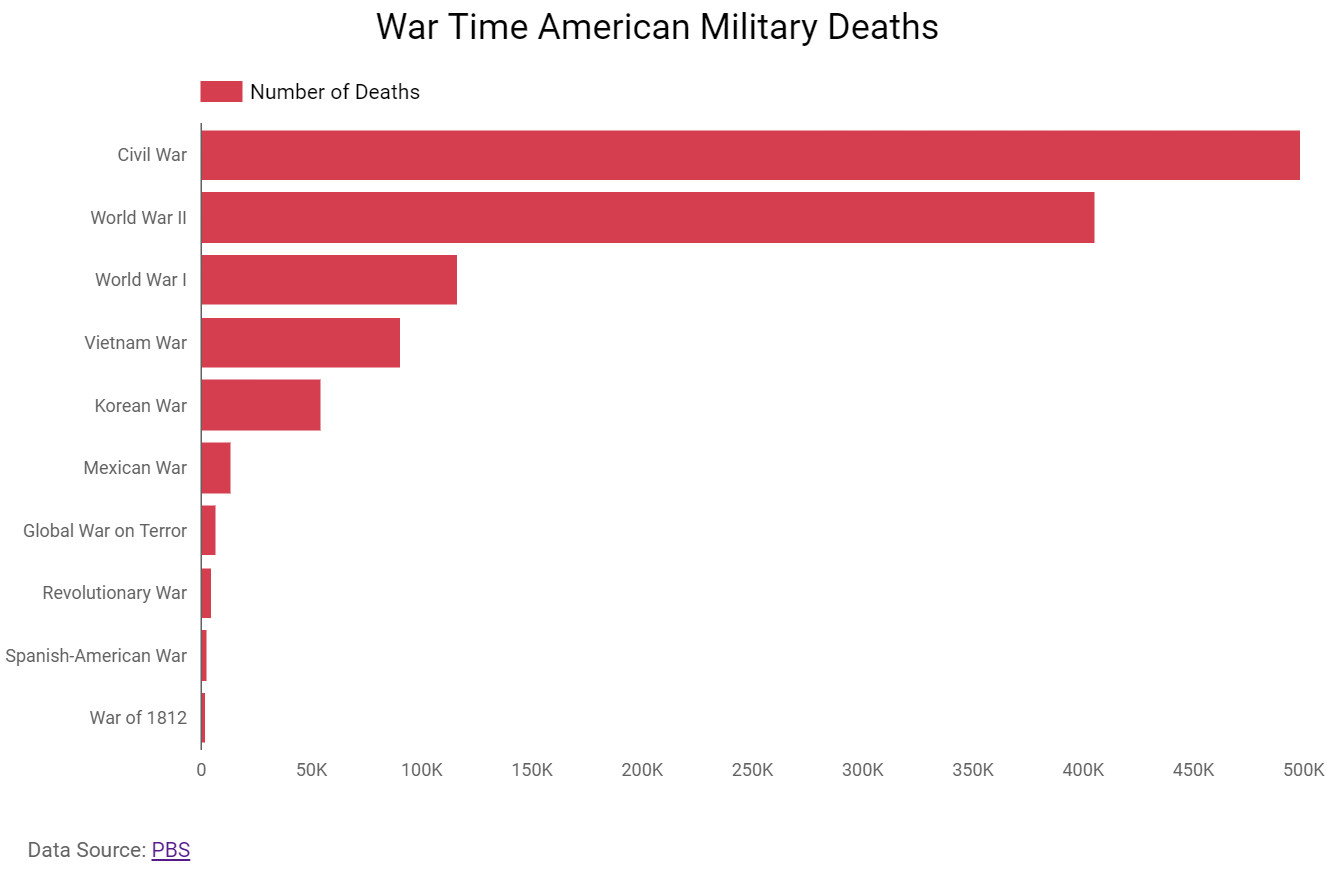 Though it is true that violence doesn’t just manifest out of nowhere and rarely is there one single catalyst, we can nonetheless point to commonly occurring causes:

And while all of these should give us pause, it is the immediacy of nationalism at our very doorsteps that should alarm us the most.

All who are not of a good race are chaff.”

On the domestic front, nationalism aims to promote the culture, language, and race of one group at the expense of all others. It is divisive in nature and often leads to violence, riots, and great injustices. On the international stage, nationalists work to separate themselves from all other countries and strive to be recognized as superior to all other nations — beginning to sound familiar? Yes, we’ve been down this road before, and it didn’t bode well.

On the global stage, nationalism has led to the likes of genocide, ethnic cleansing, and the Holocaust. Hitler and his minions spread antisemitic propaganda in every way imaginable. Through radio, newspapers, posters, articles, essays, films, newsreels, theater, music, art, books, school curriculum, sports, and more, the Nazis spread their hate. It was systematically woven into German society, one word at a time. Well before the beginning of World War II, the German Nazi Party was already in full swing inciting hate and violence toward Jews. In 1933, they led a nation-wide boycott of Jewish-owned businesses and introduced the Law Against Overcrowding in Schools and Universities, limiting the number of Jewish students. Marches, rallies, speeches — there was no end to the hate-filled, violence-induced propaganda.

By the end of World War II, it is believed that as many as six million Jews had lost their lives. Roughly half this number died in concentration camps while the other half were killed by the hundreds as Nazi soldiers marched into their towns and villages. Six million people killed — let that number sink in. Scroll back up to the top of this article. Read again, the total number of American military lives lost in all US wars, then multiple this number by six. It’s unthinkable, and yet it happened. And it all started with the spread of nationalist ideologies, one word at a time.

This should send shivers down our spines. In just two years, we have been led by an individual who has systematically removed us from a number of international partnerships and has continued to work his hateful propaganda in order to divide us at home. It just doesn’t stop. In the past two years, the United States has seen a gradual rise in nationalist ideologies and an increase in anti-immigrant sentiment. We are moving further away from the ideals of that city on the hill. Our very foundation has been shaken.

We are told repeatedly that our intelligence communities are corrupt, our news media lies, our southern borders are being overtaken by swarms of criminals, rapists, and thugs. We wake up to yet another presidential divisive speech degrading, belittling, humiliating anyone, anywhere, who stands for justice and basic human decency.

We may not realize it in our busy day-to-day lives, but this insidious propaganda has infected our nation. The constant barrage of insults and attacks on our very way of life is taking its toll, but there is a way out. We can get back to the city on the hill. We can climb out of the darkness. This Memorial Day, we have the opportunity to reflect on where we’ve been, where we are, and where we’re headed, but it all starts with our words:

Let’s make our way back to that city on the hill, one word at a time.