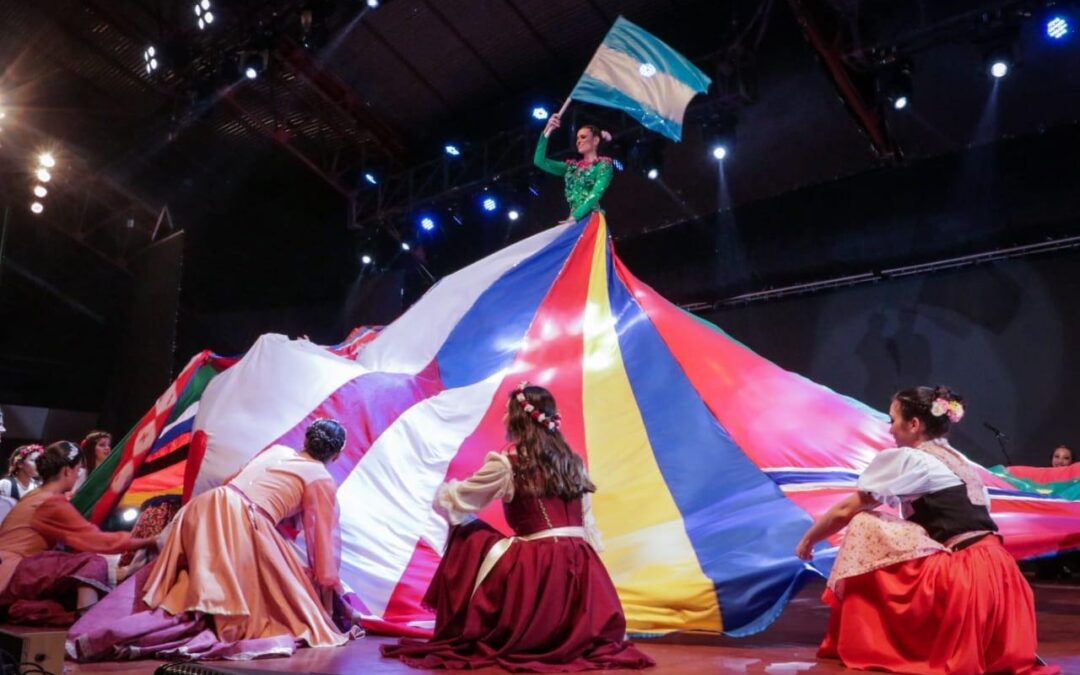 One of the first things that calls people’s attention when travelling to the northern part of Argentina is the amazing color contrast that can be seen, especially in Misiones. This province is located on the Littoral zone, sharing borders with Brazil and Paraguay. This very particular reddish color that the ground has — together with the intense green of the vegetation and the subtropical weather — creates an attractive and unique landscape that stands out from the rest of the country. 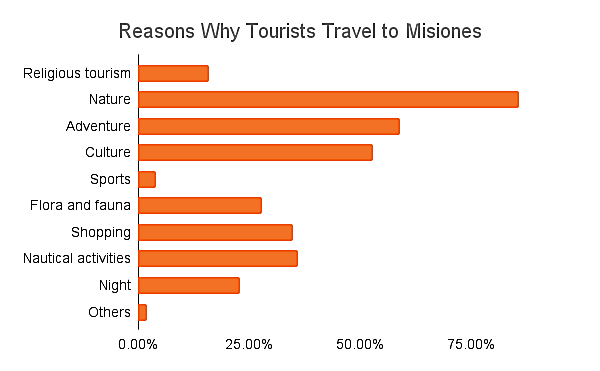 The distinctive color of the land is a result of the presence of laterite minerals that are typically found in volcanic places. It is a type of soil that is usually found in hot regions containing a large amount of oxide iron that brings about the brick red color.

I went to Misiones — Obera city particularly — to visit my boyfriend’s family. They have been living there for more than 15 years. It is a very small but touristic city in the middle of the province. We went by bus from Buenos Aires (a 14-hour trip) and the first thing I noticed as soon as I put my feet on the floor was the humidity, the warmth, and the typical quietness of small towns. After giving a lovely warm hug to his father, we set off on a 30-minute trip to their “Chacra” where we ate amazing handmade fried mandioca — a typical tuber of the area, similar but not quite the same as a potato.

The history of the city is full of surprises. The most interesting one for me is the cultural diversity and mixture of customs that can be seen in every square and street. I would like to take you on an imaginary trip from the origins of the city until the present.

Let us begin with the origin of the word Oberá which comes from the Guaraní word “o-vera” which means “what shines.” Guaraníes are a group of South American native peoples who are geographically located in some areas of Paraguay, Argentina, Brazil, and Bolivia. They were one of the first inhabitants who settled in Latin America before conquerors from Europe arrived.

Time to move ahead in our journey. More than a hundred years ago, Europeans and groups of people from all over the world began arriving in Oberá looking for a place to settle. Nowadays, more than 40 communities live in this city, nearly all of whom have kept their traditions and cultures alive — precious beliefs and ways of life passed down by their ancestors. Visiting this magical place in September is a great idea if you want to attend one of the biggest Cultural Identity festivals in the region. 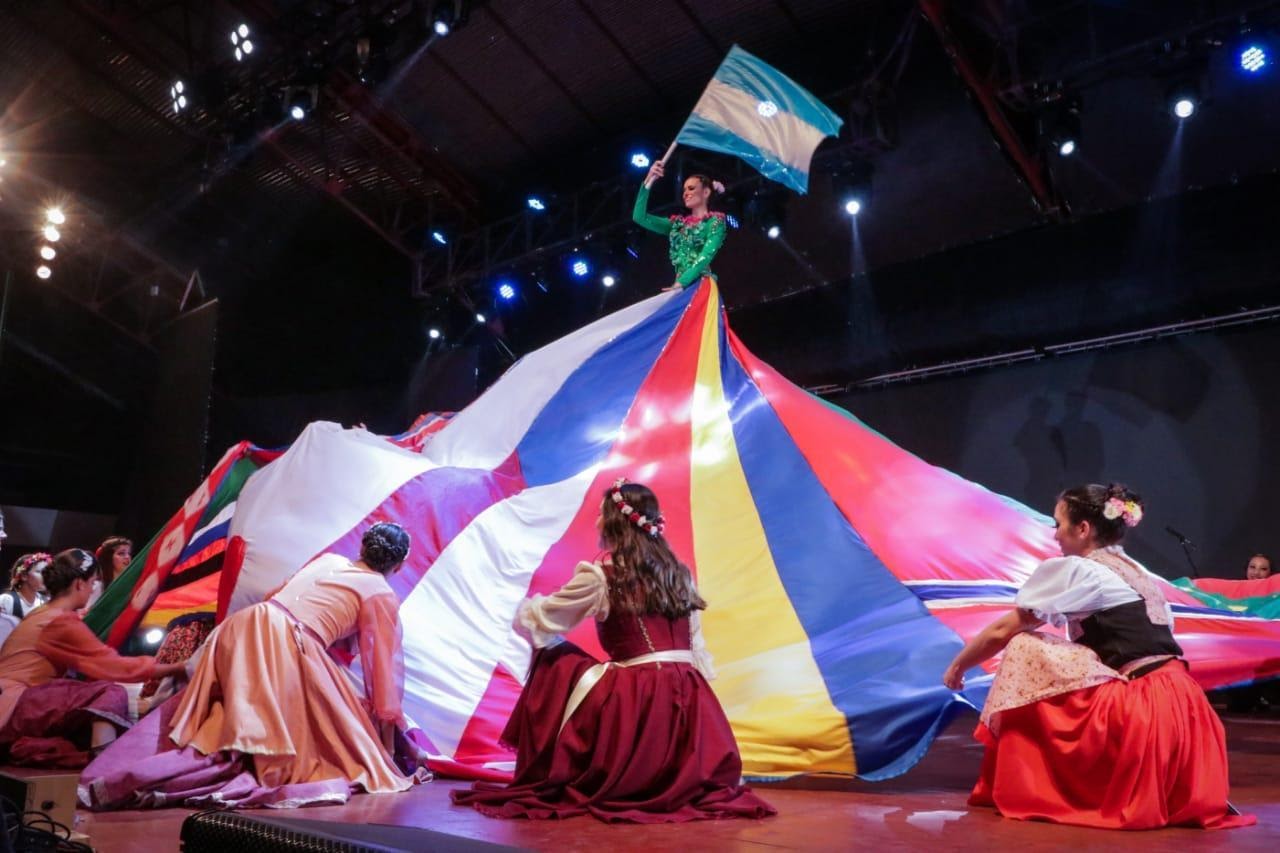 The festival takes place in the Park of Nations, where each community invites local people and tourists to take part in different activities. The festival focuses on different aspects of life such as society, culture, sports, and recreation. It is quite a joyful environment where locals and visitors sit together to enjoy traditional dishes and music.

Among the communities, you can find Germans, Nordic people from Sweden, Finns, Danes, and Norwegians. Iceland is also represented, together with people from Switzerland, Italy, Poland, Russia, Ukraine, Spain, Japan, Brazil, Paraguay, Portugal, and the Czech Republic, among many others.

Even though Oberá is well known for the many different communities that coexist, it is, in fact, a very Argentinian city. Why is that? As you might have seen in the first video, tea and other herb crops can be found everywhere. These perfectly shaped rectangular crops fuse with the exuberant nature and the landscape of the place. The most famous one is the herbs they grow for Mate.

Have you heard of Mate before? It is usually a calabash gourd that contains dried yerba mate and is drank through a peculiar metal straw. One person is usually in charge of pouring a little water from a thermos onto the mate and then passes it to the next person until there is no more. The mate will eventually come back to the person with the thermos and the process repeats itself as long as there is hot water available.

To get an idea of how well known and popular mate is in Argentina, it is worth saying that last year (2020), the entire country consumed 268.8 million kilograms (592.6 million lbs) of Yerba Mate – the most important ingredient for mate. Most of that production comes from Oberá, where all the stages of the process take place before being delivered to the rest of the country. There are a lot of people involved in each stage. In fact, entire generations have been working on it for years and are known as “Yerbanese” families.

Drinking mate in Argentina is more than just drinking a beverage. It is a ritual associated with friendship and fraternity that reaffirms codes that are shared by the ones drinking it. It is a custom that Argentinians have inherited and it is very present in everyday life. Mate is shared among students when studying, for example. It’s used as an excuse to share a moment with someone else or to meet new people. An interesting thing to notice is that even nowadays with the pandemic going on, we have never stopped drinking mate in reunions. We do take our own mate and do not share it, but the ritual is still present in a symbolic way.

*This video was made by a Yerba brand in Misiones, called Isondú.

From Oberá it is very easy to travel to Iguazú National Parks which became a natural heritage of Humanity in 1984 and is one of the Seven Wonders of the World (2011). It is one of the main attraction sites in Misiones and was visited by 1, 635, 237 tourists in 2019 alone. The waterfalls straddle the border between this province and Brazil – together they make up the largest waterfall in the world. Iguazú National Park is a unique natural cosmos, full of life, an abundance of vegetation, and home to some 275 waterfalls.

Most tourists travel to Misiones only to visit the Falls and that is, of course, a very valid reason. However, I do recommend dedicating some time to get lost in the countless waterfalls, mountains, and rivers the city itself has to offer — not only in Oberá but in the entire province of Misiones.

It just so happened that when we were casually driving around with my boyfriend’s family, we happened upon an amazing “lost-in-nowhere” spot. Spoil alert: they are usually not so easy to find. However, enjoying the refreshing water, evolving nature, and spectacular views make it all worth it. And, if you are looking for some seclusion, keep in mind that during the week you may likely be the only person there! I will show you some of them in the next video. Stay tuned until the end so you can see the free river spa we ended up getting as well!

I hope you have enjoyed this short ride through Iguazú Falls and Oberá. If you are planning to visit Misiones, please leave us a comment and we will be more than happy to recommend some special, less touristy places for you to visit!

If you liked this read, here is a link to Virginia’s previous article on her magical adventures to Machu Picchu.

Second video was made by a Yerba brand in Misiones, called Isondú.

wpDiscuz
Share this ArticleLike this article? Email it to a friend!
Email sent!