We don’t just deliver the highest-quality content marketing and market research—we create the extraordinary out of the ordinary. We develop content that incites enthusiasm. We generate optimism. We spawn curiosity. And above all else, we instill in your clients, the desire for more.

Every business wants to gain leverage and compete in their own niche to reach their target audience. Content marketing is regarded as one of the most essential components to building a successful online presence for your business.

for the language services industry.

Our published work provides insights into current industry trends and appears on several industry-leading websites. We also report on upcoming industry conferences, create promotional video, email, and ad campaigns, and shine a spotlight on language services industry leaders whose work advances our industry as a whole.

Every business wants to increase the time visitors spend on their website and reduce their bounce rate. 5.25 minutes is the average time visitors remain on the pages where our content marketing and market research is published. That’s more than double the average.

Our content marketing and market research has more than quadrupled the average page views for some of our clients. We not only intrigue your visitors, but we keep them engaged. We craft relevant content that appeals to your audience.

GIM Content Mgmt has crafted content for clients that continues to attract unique visitors even months after publication. Our market research and content marketing drives results, one line at a time!

GIM Content Mgmt is passionate about our craft. We don’t just deliver the highest-quality content marketing and market research because quite frankly, anyone can claim that. We create the extraordinary out of the ordinary. We develop content that compels the audience to read through to the end. We incite enthusiasm. We generate optimism. We spawn curiosity. And above all else, we instill in your clients, the desire for more.

We are honest and dependable. We wholeheartedly believe in creating relationships built on a foundation of mutual respect. We are steadfast in our resolve to promote these high standards by setting this example for ourselves. It is our sincere honor to offer our content marketing and market research services to you. Our reputation is based on our code of ethics. We implore you to read our reviews, and we hope to win your trust, one project at a time.

We have conducted in depth research that intricately ties the language services sector to education, technology, healthcare, and to virtually any sector wishing to reach a larger audience. We live in an increasingly global market. Whether you wish to market your products and services right at home or abroad, strengthening your marketing efforts with engaging, CTA content and industry-relevant research is definitely a step in the right direction. 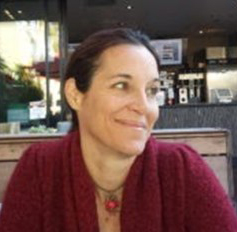 Carreen Schroeder is a published author in MultiLingual, a leading magazine within the language services industry. Her well-received and respected research on educational partnerships with Language Services Providers (LSPs) was also republished in the academic journal of the New Bulgarian University’s English Studies.

As a writer and researcher throughout her professional life, Carreen has produced countless in-depth research reports for the educational, medical, governmental, and language services sectors. She continues to collaborate with LSPs and news outlets both in the United States and abroad, managing her clients’ market research, content marketing, and social media campaigns. Carreen also produces polished, high-quality, customized promotional marketing videos.

Carreen has also worked as a managing editor, ghostwriter, copywriter, and journalist, developing the highest-quality of content for every client. With a strong background in the educational field, Carreen has been honored to mentor young writers, and has developed and administered a comprehensive series of writers’ workshops to help professionals strengthen their content marketing and market research skills. Carreen’s passion for the written word and her uncanny ability to encourage her colleagues shines through from the very first time you meet her.

Carreen’s published content has not only helped clients become noticed, propelling them forward in their respective industry ranks, but her work has also helped clients win impressive contracts. She believes wholeheartedly in going above and beyond for each client, and stands firmly behind her company’s motto:

Driving Results, One Line at a Time!

Having grown up in Southern Ontario, Canada, Carreen earned her first degree from the University of Ottawa, in French Language and Literature. After working for a number of years as a translator for an insurance company, Carreen returned to school to earn her Master’s degree in elementary education, and later on, a post-master’s certificate in special education.

For many years, Carreen taught at the elementary, middle, and high school levels, and served as both a French Immersion and French Language Teacher. She loved her years as a teacher, but left the profession to homeschool her youngest of three daughters. It was at this venture that Carreen began to offer her talent and skills as a researcher and writer.

Carreen has been a writer since childhood. To this day, she writes inspirational poetry and is also working on a passionate book focused on empowering women to rise above every obstacle. Carreen has raised three dynamic women and is steadfast in her commitment to helping women reach — and surpass — their full potential.

Carreen now resides in the United States with her husband, her youngest daughter, one dog, one cat, and one guinea pig. And when Carreen is not writing or researching, you’ll likely catch her spending time with her family, doing yoga, walking with Hendrix, her beagle-cocker spaniel, or singing and dancing to her heart’s content.

Take the time to get to know Carreen. You’ll be glad you did. 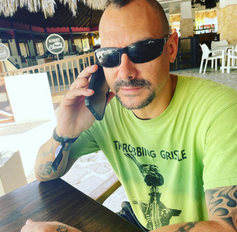 As the CFO for GIM Content Mgmt, I ensure revenues and expenses stay in balance, oversee financial planning and analysis functions, make recommendations on M&As and investments, and oversee the bookkeeping, as well as the financial operations of the accounting and billing departments. 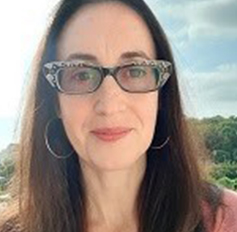 With extensive experience in translation and localization, I specialize in Project and Program Management in the field of Life Sciences. I am pleased to join the growing GIM team! 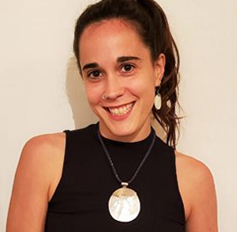 I am thrilled to join GIM Content Mgmt which will enable me combine two of my passions: The art of writing and the sharing of my love for the cultures and languages of the world! 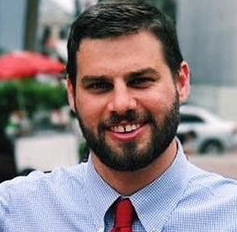 Joining GIM Content Mgmt as a writer working from Panamá, where I served as a Peace Corps Volunteer from 2017-2019, has given me an opportunity to share my stories with the global community.

Those we’ve had the pleasure of working with across the globe. 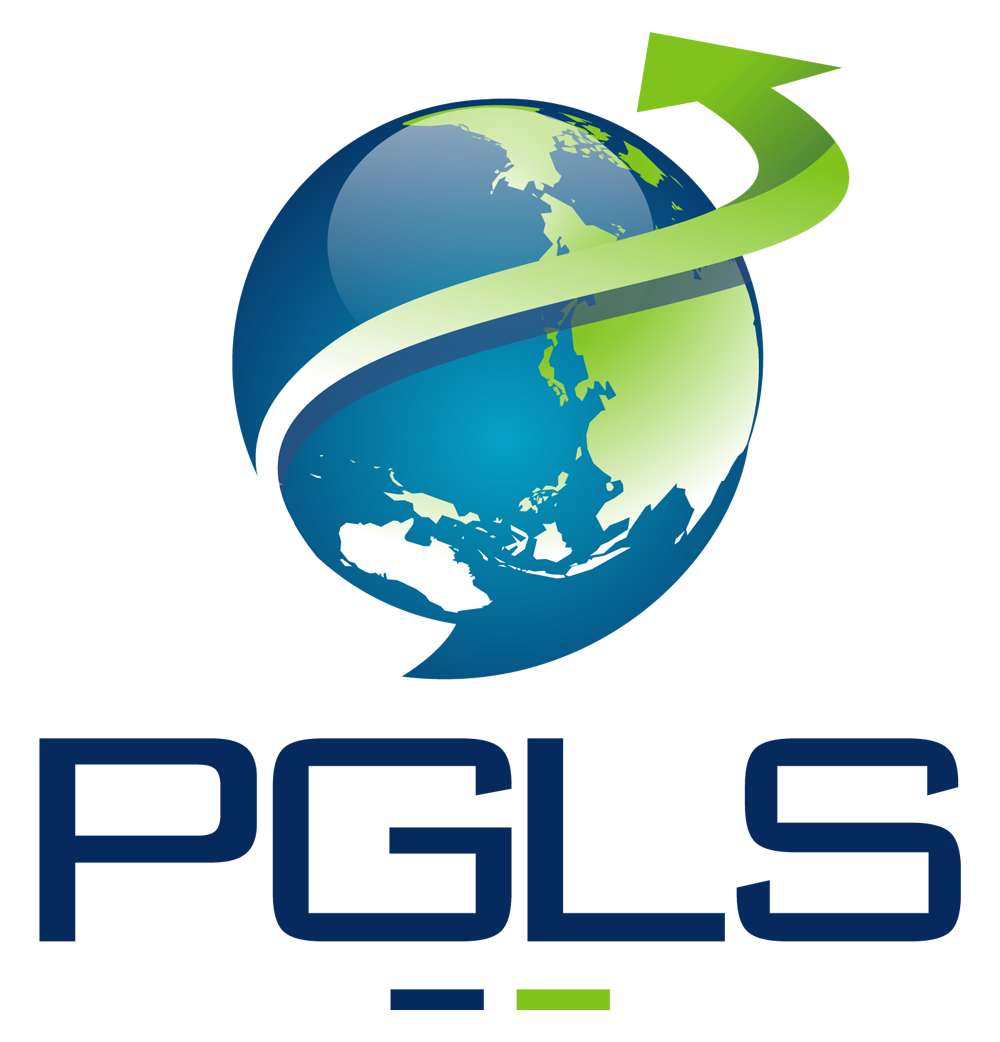 See how content marketing services can change your business!

GIM Content Mgmt, LLC
Based out of Phoenix, AZ, USA

We respect your privacy. Your information is safe and will never be shared. 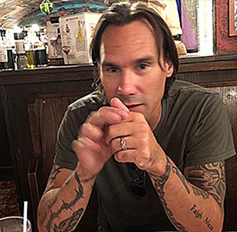 I’ve been with the team since the very beginning. As the CFO for GIM Writing Services, I manage and oversee the bookkeeping, as well as the financial operations of the accounting and billing departments. I supervise, track, and evaluate the company’s day-to-day financial operations, monitor and analyze accounting data, produce financial reports, manage accounts payable and receivable, and establish standard accounting methods, policies, and procedures. I’m very honored to play a key role in GIM’s continued growth and success.

With extensive experience in translation and localization, I specialize in Project and Program Management in the field of Life Sciences. I was raised by a Spanish mother and an Irish father in a bilingual household, in the bicultural Basque Country of Spain. During my childhood I was exposed to different cultures and have always been inexorably drawn to languages and travelling. In Ireland, I studied French and Russian at Trinity College Dublin and graduated with a Masters degree in Translation Studies (Spanish and French) from DCU. I also speak French fluently, Russian, Basque, and some Polish. I started my career as an English technical writer, specializing in eLearning and computer-based training, but while living and working in the USA I found my way back to the world of translation and localization and have never looked back. Whether translating or writing, searching for the right word to express a thought or concept in Spanish or English is a challenge I still thoroughly enjoy. I am pleased to join the growing GIM team!

I have written ever since I can remember. As a child, I found in words an excellent way of expressing my feelings and thoughts. 7 years ago I had my first “formal” opportunity writing in Spanish for an Argentinian enterprise. At the same time, I started traveling and have visited New Zealand, Australia, and different parts of Europe and South America. My most recent trip was to Bali. Three years ago I started working for a European tourism company where I offered my customer services and writing services in both Spanish and English. Now with GIM Writing services I will happily combine my two passions: writing about my travel experiences while honoring the many cultures and languages of the world!

Joining GIM Writing Services as a writer working from Panamá, where I served as a Peace Corps Volunteer from 2017-2019, has given me an opportunity to share my stories with the global community. My journey towards working in language services began in the food & agriculture industry. I have always wanted to be a food writer, and made a determined effort to work throughout the different links of the food chain: on sheep and goat farms in Barbados and Ireland, in various restaurants and food security nonprofits in Boston, and finally as a Peace Corps: Panamá Volunteer focusing on sustainable agricultural systems. It was in this role that I had my first experience as an interpreter/translator, using my Spanish language skills to help complete a vital bridge construction project in my community in Panamá. There was a moment when I felt my brain working simultaneously in Spanish and English, directing linguistic traffic, and I knew that I wanted to work as an interpreter. Upon completing my Peace Corps service, I moved to Panamá City, Panamá to continue my bilingual adventures, and to share them with you. Thanks for reading!