Alfred Mtawali is an accomplished professional on many levels. As a seasoned translator with mastery of the English, Swahili, and Giryama languages, Alfred owns and operates his own language services agency. CAN Translators provides high-quality translation, interpreting, transcription, editing, and proof-reading services for several African languages, as well as for languages in Asia, the Middle East, and throughout Europe.

And while Alfred’s experience and expertise in language services are impressive, this isn’t what makes Alfred stand out above the crowd. No, what really makes him unique is his effortless ability to genuinely welcome everyone he meets. With a smile as wide as the sky and a laugh to warm the coldest of hearts, Alfred greets those from far and wide as though they were an extension of his family. He sees in each new face, one more piece of fabric, tying us all together. This was the lasting impression he left on all who were present at the 1st Africa International Translation Conference, and undoubtedly, this is the impression he leaves with everyone who has met him along the way.

Alfred’s inclusive philosophy was recently showcased in a personalized invitation he extended to the growing list of newcomers on his Facebook group:

Where is everyone from? How do you greet in your language? 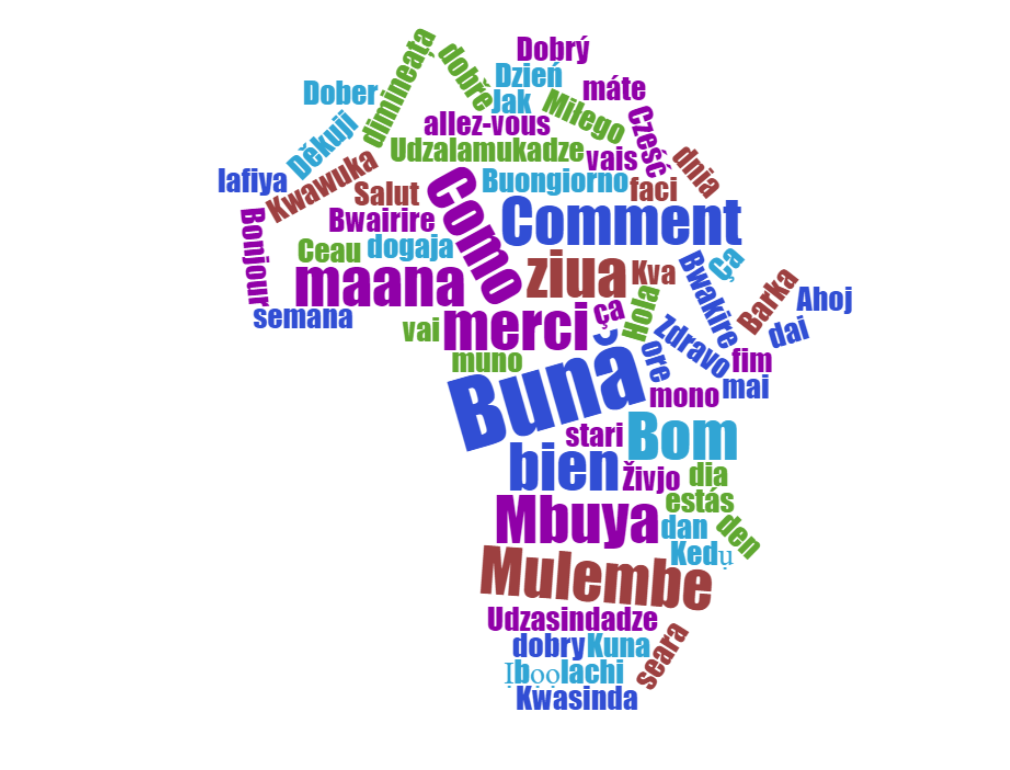 With one simple, inviting question, Alfred received responses to date in Polish, Igbo, French, Hausa, Czech, Romanian, Ekegusii, Portuguese, Giryama, Luhya, Spanish, Italian, and Slovenian. We’re quite sure many more will follow. This is Alfred. This is the power to unite. It never has to be complicated, this business of unification. In fact, it’s really quite simple – it just has to come from the heart. Sit with Alfred for five minutes, and you’ll begin to understand.

According to Digitalist Magazine, yearly enterprise spending for translation services is expected to increase to USD 45 billion by 2020. Up until now, Europe and North America have enjoyed the largest pieces of the revenue pie: 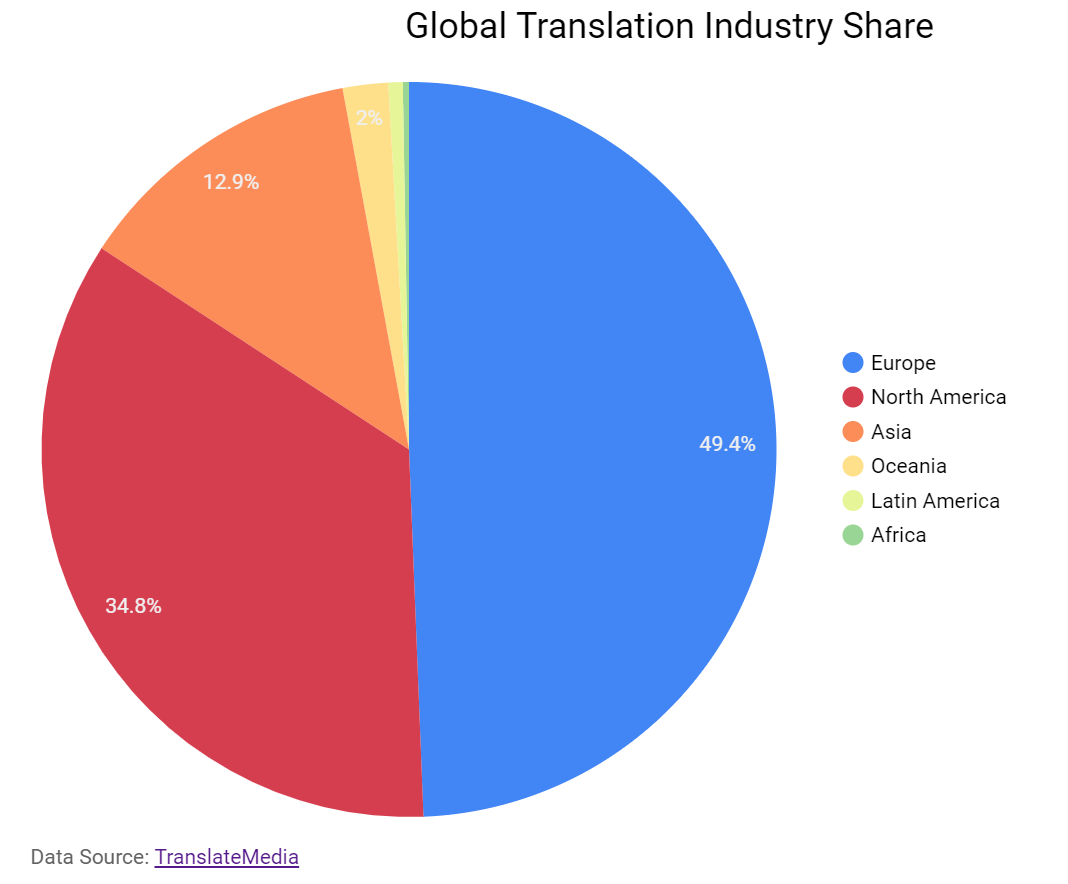 But we see a shift in the coming years, and it’s a shift worth paying attention to. Not only are more and more people around the globe going mobile, but the world by and large is connecting to the worldwide web via their mobile devices.

As of 2014, there were 243 million Indians actively online, however, only 10 percent of the total Indian population is able to communicate effectively in English. According to Cisco’s 13th annual Visual Networking Index (VNI), 60 percent of India’s population will be accessing the Internet with their smartphones. In order to meet the linguistic needs of this growing demographic, international companies need to seriously consider localizing their products and services into dominant Indian languages.

According to IDG Connect, approximately 75 percent of the Latin American population will be accessing the Internet via their mobile devices by the end of 2019. Thanks in large part to lowered prices for mobile devices as well as financial incentives via mobile operators, this trend is sure to continue.

According to the GSMA, as of 2017, there were nearly 1 billion mobile subscriptions in Africa. By 2020, nearly 63 percent of the entire African population is expected to access the Internet via their mobile devices – and these 750 million Internet users want to access the net in their own native languages.

Interested in taking an active role? Choose from one of the topics below and be sure to submit your proposal before the July 1st, 2019 deadline:

Feeling a little adventurous? Plans are in the works for conference attendees to hike Mount Kilimanjaro, visit Mafia Island, and explore the Ngorongoro Crater.

Mount Kilimanjaro is Africa’s tallest mountain and the tallest freestanding mountain in the world. Uhuru Point at 5,895 metres above sea level is the mountain’s highest point. But don’t worry. If you don’t think a hike of this magnitude is right for you, just come for the tour. You can explore the 291-square miles Kilimanjaro National Park. Hike around the Chala Crater Lake or visit Olpopongi and learn all about Maasai cultures and traditions.

” There’s an island that’s part of Tanzania known as Mafia Island. And no, it’s 𝗡𝗢𝗧 a retirement home for Capones, C𝑎𝑝𝑜 𝑑𝑖 T𝑢𝑡𝑡𝑖 𝑖 C𝑎𝑝𝑖, the dons and the wise guys. It’s simply a home to a world-class marine wildlife park with deep-sea diving, lovely examples of German colonial architecture, and all of that. Basically, it’s a place waiting for people like you to visit, 𝑐𝑎𝑝𝑒𝑒𝑠ℎ?”

Nothing says getting in touch with the natural world more than a visit to Mafia Island. Lying approximately 160 km south of Zanzibar, you’ll find one of Tanzania’s best kept secrets and a true paradise. It is the largest island in the Mafia Archipelago with nearly half of its coastline deemed a marine park by the Tanzanian Government. Surrounded by a barrier reef, Mafia is home to dozens of genera of corals, hundreds of species of fish, and five different species of turtles. Natural vegetation, hippos, flying foxes, bushbabies, monkeys, birds and more can be found throughout the island.

Some 120 km west of Arusha lies the Ngorongoro Crater, another UNESCO World Heritage site. This extinct volcanic caldera measures nearly 19 km across and its heavily-forested rim rises over 600 metres above the caldera’s floor. It is thought to have formed some 2.5 million years ago from a large, active volcano whose cone collapsed inward after a major eruption.

The Ngorongoro Conservation Area invites you to stay in one of their lodges on the crater’s rim or simply visit for the day. Offering guided safaris, the conservation area invites you to explore the crater and its wildlife. Enjoy the evergreen forests, grasslands, and acacia trees, and take delight in the antelope, buffalo, wildebeest, gazelle, elephant, hippo, baboon, leopard and more as they roam the land.

African Drums Are Calling You

Throughout the centuries, African drumming has arguably been the very soul – the very heartbeat heard and felt throughout the continent’s plains, deserts, rivers, and rain forests. Whether to celebrate, to heal the sick and injured, to call attention to civil unrest, or to honor spiritual practices, drumming has held a special place in Africa’s history.

The “talking drum”, when beaten, transmits a tonal language. It has the ability to imitate linguistic pitch patterns and transmit messages over great distances. The sabar drum has also been “instrumental” (no pun intended) in communicating from village to village. The drum’s rhythms can imitate spoken phrases. The Nigerian batá drum is regarded as sacred, and has been associated over the years as the sacred drum of various gods, an ancestral drum, and even the drum of politicians. In Tanzania, drumming, dance, and celebration live at the very core of daily life.

“Simply put, there is dancing and celebration to be had in Africa. Get ready to come and dance during the conference. As the Giryama proverb goes,’Pigani ngoma mkilola dzuwa’ – beat the drum in the sun. In other words, whatever you do, be conscious of your time. Enjoy each day while readying yourself to join us at the 2nd Africa International Translation Conference in beautiful Arusha, Tanzania, February 7th and 8th, 2020!”

The 1st Africa International Translation Conference was held in Nairobi, Kenya in February, 2019. Read the article conference to learn about the topics presented by key players in the language services industry.