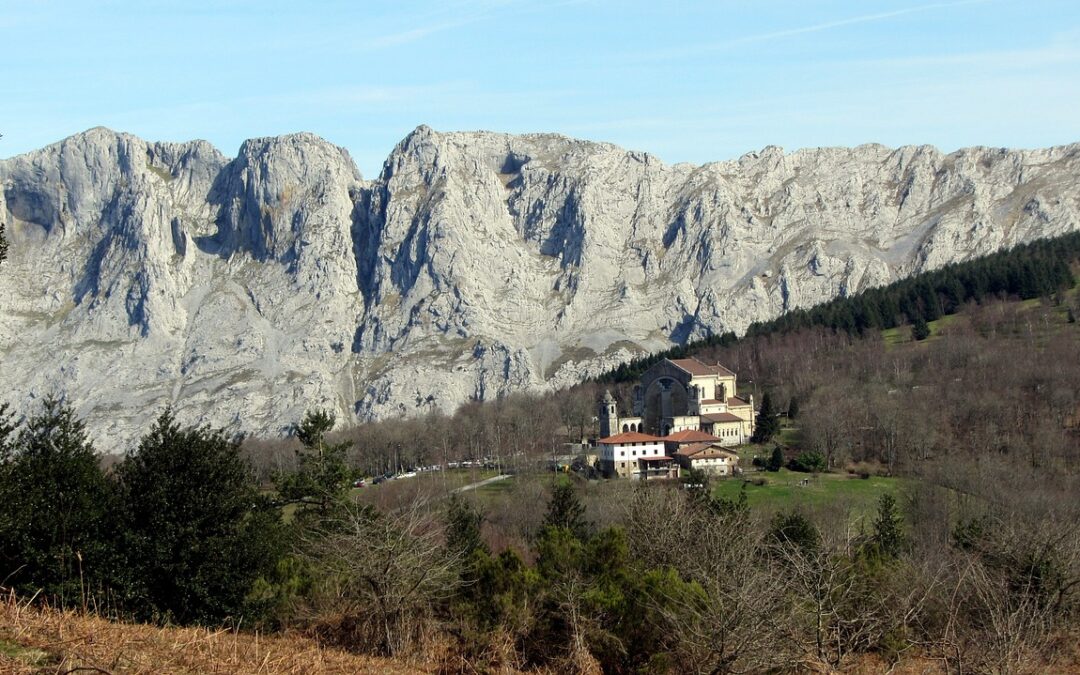 Did you know that Basque is one of the oldest languages in Western Europe? For centuries, linguists and historians have analyzed, deconstructed, studied, and tried to trace the Basque language back to its roots. Yet to this day, nobody has been able to pinpoint its exact origin. In the linguistics field, Basque is known as a language isolate, or what we call an “orphan” in the world of family language trees. And, although all scholars seem to have agreed that Basque (or Euskara) is not of Indo-European origin like Spanish, French or English for example, there are more differences in opinion than there are similarities.

Some scholars claim the language of Euskara resembles Berber, a language spoken in Northern Africa. Others find linguistic similarities with the Georgian language spoken in the Caucasus, a possible but very distant cousin. Many say it is a language of prehistoric origins, and a small few have even suggested that it comes from outer space! Nothing like a bit of linguistic mystery to get the imagination going.

In Basque, Euskal Herria literally means “the land or country where Basque is spoken.” It is an area of approximately 3,900 square miles (10,000 square kilometers) straddling the Western Pyrenees in what is modern-day Spain and France. Most Basques are usually bilingual, speaking Basque and either Spanish or French, and according to EKE (Basque Cultural Institute) there are approximately 750,000 speakers in the world. When speaking about the Basque Country and its borders it is almost impossible to avoid politics, particularly given its very recent violent past for the claim of independence. Luckily, the still ever-present independence conflict has now turned mostly peaceful so let’s just avoid that topic altogether and focus on the wonderful culturally distinct area that it is.

Christmas 2019 was the last time I travelled to the Basque Country to visit family. You have probably heard about the city of Bilbao, the twentieth century industrial town today turned modern-hip city housing the Guggenheim museum. Or perhaps you have heard about San Sebastian with its glitzy International Film Festival, fine sand beaches full of surfers, and bars displaying their gastronomical delights. Both cities have much to offer, however, I will virtually take you to the city of Vitoria-Gasteiz, the de-facto capital of the Basque Country and the lesser known of these three larger cities south of the Pyrenees.

The winter holiday is a nice time of the year to visit Vitoria if you don’t mind cold weather. In fact, any time of the year is a good time as you will easily avoid the swarms of tourists further up north. While I am likely biased, Vitoria is actually picturesque and well worth the visit. The city and surrounding areas are great for hiking and biking, there are museums, palaces, and churches to see, as well as many restaurants and bars. Plus Napoleon’s armies were defeated there, so plenty of history to explore if that’s your thing.

One of the first things we always do when we arrive, after dumping our bags at grandpa’s, is take the tram to Sancho el Sabio street and start our pintxos tour. The timing of our arrival is generally planned to coincide with the evening pintxo fare, around 7 or 8 pm, but don’t fret – you can find pintxos earlier in the day in many bars.

A pintxo is a piece of bread with a small bit of food on top held together by a toothpick. Normally you can eat a pintxo in a bite or two, making this the main distinguishing feature between a pintxo and a Spanish tapa for which you generally need a fork to eat. My kids love pintxos! The variety of toppings make it easy to find something they will actually eat, and I assure you my two are quite picky. For them, having something to eat while not being forced to sit down and listen to the adults go “blah blah blah” is heaven. And for us, well… pintxo culture makes it totally acceptable to take the kids bar hopping, enjoy little bites to eat while tasting local tempranillo wines from the nearby Rioja Alavesa or the fresh and little acidic txakoli, a Basque white wine. What is there not to love? We like to make our way up the hill from bar to bar to the medieval center of the town before strolling back with a full belly to catch the tram.

The medieval part of town dates back more than 8 centuries and it is gorgeous – an almond-shaped quarter with pedestrian streets, a mix of centennial palaces, spectacular old churches, modern urban sculptures, and a ton of activity around the holiday time. At any bar you will be hard-pressed to find a seat as they are usually packed with friends catching up, chatting and eating, especially during weekends. Submit to the culture and take in all the hustle and bustle – you will be glad you did. Even though Basque people are sometimes reserved, overall, they are good humored and friendly.

Languages in the Basque Country

What I have noticed over the years when I go back is the increasing number of people that I hear speaking Basque in the street, particularly younger people. The most recent estimate is that 1 in every 6 people in the Spanish side of the Basque country now speak Euskara. Otherwise, you will hear Spanish spoken and nobody will look at you strangely either if that’s all you speak.

Although this is quite hopeful, on the French side the number of Basque speakers is dwindling, and now only 1 in every 10 inhabitants speaks it. Despite the efforts to revive the language on the Spanish side, which I bear witness are being fruitful, UNESCO has declared Euskara as an endangered language which makes me sad.

Won’t You Join Me in Basque Country?

I feel very lucky to have been born and raised in such a culturally different part of Europe. I feel honored to have had the chance to learn and speak (even if at a rather basic level) a very unique and ancient language, and even more honored to now be able to share all of it with my family and friends – and of course, all of you.

I definitely can’t wait for the next time I go to the place I still call home. Won’t you join me there?

As a general rule, wages earned by nonresident aliens for services performed outside of the United States for any employer are foreign source income and therefore are not subject to reporting and withholding of U.S. federal income tax. However, it is important that the IC not be deemed an employee under applicable US and foreign labor laws (ex. ideally, ICs should set their own wages and be free from the hiring company’s control in how they perform their work. Additionally, their duties should be “outside” the usual course of business.”