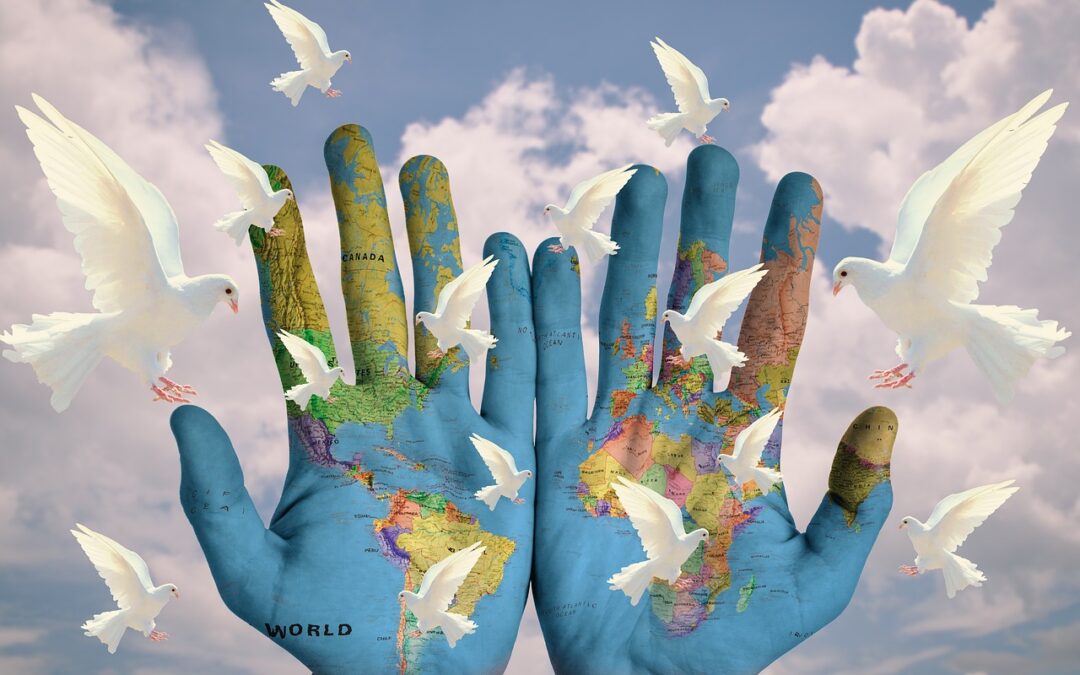 It was July 4th, 1776, when the then 13 colonies that would eventually become the United States of America claimed their independence from England – America’s Independence Day was born. For the past 243 years, Independence Day has been celebrated throughout the United States, reminding its citizens of their right to govern themselves. For the most part, it’s a patriotic holiday, full of celebration and cheer. And although there is nothing inherently wrong with the concept of patriotism, this celebration hasn’t been without its share of controversies.

We hold these truths to be self-evident, that all men are created equal, that they are endowed by their Creator with certain unalienable Rights, that among these are Life, Liberty and the pursuit of Happiness. – Thomas Jefferson

Thomas Jefferson’s words have become synonymous with July 4th celebrations, and in their purest form, they seem all-inclusive. We are all equal. We all have unalienable rights, including life, freedom, and the “pursuit of happiness.” But whom was he actually addressing when he spoke about “all men” being created equal?

Well, we know he wasn’t addressing women since women didn’t even have the “right” or the “freedom” to vote in the United States until 1920. He wasn’t addressing America’s indigenous peoples, who were considered at the time to be, in Jefferson’s own words, “merciless Indian Savages.” And he certainly wasn’t addressing anyone wearing a shade of pigment slightly darker than white. In fact, if you read Article 1, Section II, paragraph three of the United States Constitution, you’ll learn that African Americans were only considered “three-fifths” of a human beings – I hope that makes you gasp and cringe.

And here we are in 2019, just ahead of another July 4th celebration. Over the past 243 years, the United States has gone through many growing pains, but there is still a long way to go. Thanks in great part to unwavering social activism, countless legal reforms have placed the United States on an upward trajectory, but the country still remains dangerously vulnerable to the ignorance and bigotry of its past – a truth that became painfully obvious over the past two years.

Independence Day has been largely void of partisan politics and presidential grandstanding throughout the centuries. Save for the 1951 speech from President Truman discussing the progress of the Korean War and the 1970 videotaped remarks of President Nixon; politics has stayed out of the holiday’s limelight. But President Trump plans to change all of that. Not only will he ensure the limelight shines directly on him, but he’s decided that flags, barbecues, fireworks, and parades aren’t enough – he wants a military-style event, complete with tanks and flyovers.

Big 4th of July in D.C. “Salute to America.” The Pentagon & our great Military Leaders are thrilled to be doing this & showing to the American people, among other things, the strongest and most advanced Military anywhere in the World. Incredible Flyovers & biggest ever Fireworks … We’re gonna have some tanks stationed outside … You know we’re making a lot of new tanks right now.” – Donald  J. Trump

Many Americans feel that injecting a strongman presence in an otherwise non-partisan, apolitical traditional celebration sounds the alarms and sets the stage for bad optics all around. Just what does a military-style parade suggest about our country? What message are we sending to our allies and the world?

But Trump has been calling for a military-style parade for some time now. In fact, ever since returning from his visit to France following the 2017 Bastille Day, he’s expressed a desire for a military parade. Clearly impressed with the tanks, gun trucks, and uniformed soldiers during this annual French celebration, Trump returned to the States and ordered both the Pentagon and White House officials to begin planning a military-style parade on American soil:

We’re going to have to try to top it [Bastille Day Parade], but we have a lot of planes going over and a lot of military might … I am working on an idea to honor our GREAT MILITARY like never before! NO ONE LOVES THE MILITARY MORE THAN ME!  So I’ve directed all our armed forces – including our new SPACE FORCE! – to focus on holding a Military Parade this year! – Donald  J. Trump

We’ll save our comments about Trump’s “Space Force” for another time.

Maybe it’s the current president’s fascination with authoritarian regimes, or maybe it’s his desire to portray the United States as a stronger and more militant country than the likes of North Korea or China, countries that are known for their marching military ceremonies – whatever the driving force, Trump’s obsession with a military parade isn’t fading away. The July 4th celebration is set to include a lineup of military vehicles amidst a backdrop of a mile-high display of fireworks. To top it all off, the president himself is planning a formal speech. I wonder if he’ll manage to keep politics out of it?

You might be asking yourself, what does any of this have to do with the language services industry? and we fully understand. After all, this entire article seems like nothing more than a political piece protesting our current Commander in Chief’s shameless attempt to inject himself into our national holiday and to flex our country’s military muscle – and it is. But as we’ve said before (and we’ll say it as many times as we feel it is warranted), words matter, and nobody knows this better than the language services industry.

Since the birth of the Internet, the world has become infinitely more connected. It is now estimated that Google Translate alone is responsible for as many as 100 billion translated words per day, and that the roughly 640,000 translators throughout the globe collectively translate between 1.15 and 1.92 billion words per day. Thanks to the language services industry, nearly 4.4 billion active global Internet users are able to access accurately translated information every day: 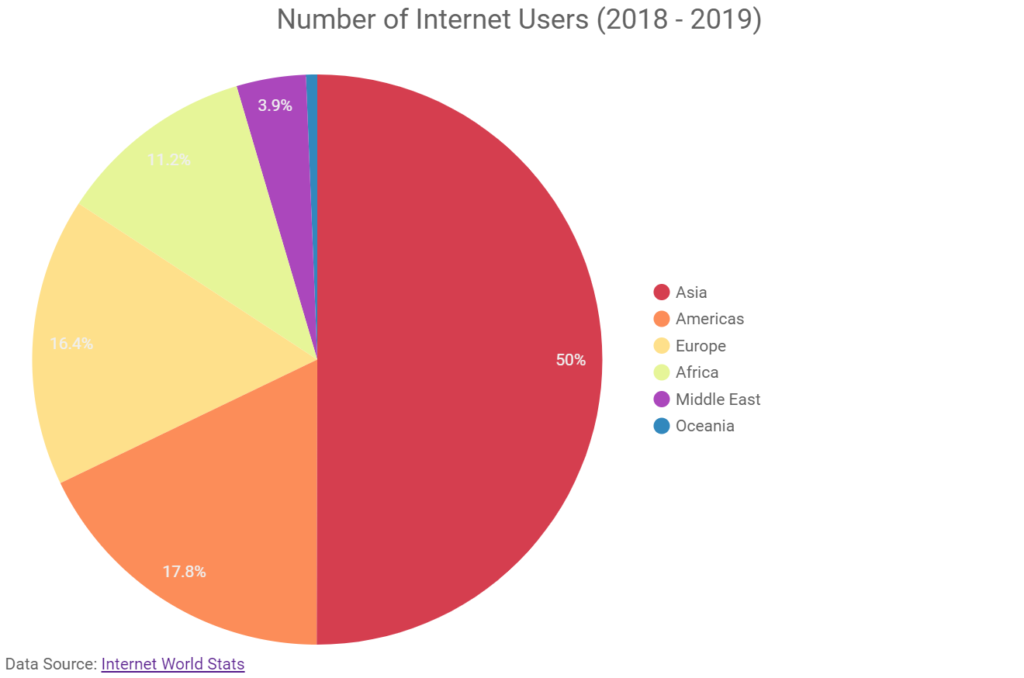 We deal with words every day. Our job is to convey as accurate a message as we can from one language to another, from one culture to another, and from one part of the world to another. We are often the bridge that connects people and breaks down barriers. But words are also used to divide and can be equally as destructive as they are constructive.

On July 4th, we ask the language services industry as a whole to do everything within our power to be the force that unites the world. Our code of ethics is clear – should any message we’ve been asked to translate go against our ethical values, we must consider declining the project. Although some may insist that we remain impartial and apolitical by placing our own personal convictions aside, we argue that sometimes, this is too great a burden to bear. The real question remains – do we take part in a destructive, demoralizing path, or do we strive to create a path toward a better, more just multicultural and global understanding? We have an ethical obligation to consider this question each and every time we are offered a job. It is our shared responsibility.

GIM Content Management wishes you all a very happy and reflective “Independence” Day.